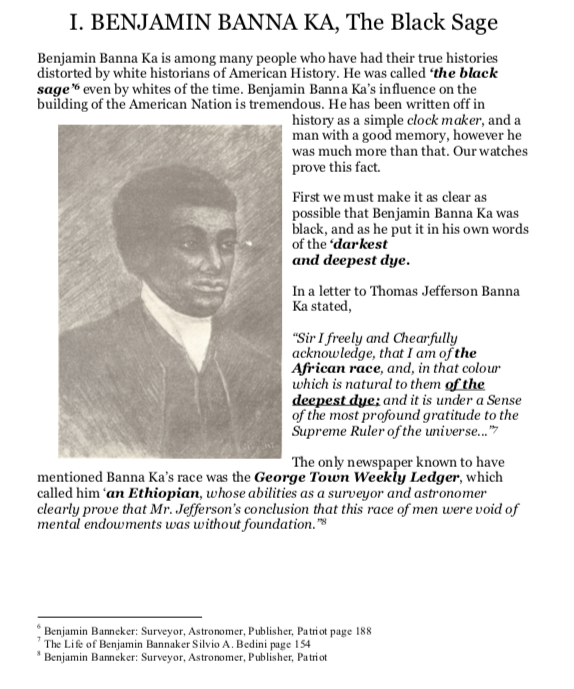 This Book Gives the rarest details of the Life of Benjamin Banneker ever in history.

He laid out the plan for Washington DC NOT from memorizing Lafayettes plan but according to Ancient Archeoastronomy. Washington DC is laid out on the Virgo and Leo Constellations INTENTIONALLY. This is a MASONIC SECRET.

It was a Black man who did it.

He had the Number 1 Selling Almanac in America

He meticulously developed our modern clocks.

He was a skilled Agriculturalist and brought innovation to farming.

He was a skilled meterorologist and predictor of the weather.

He operated in Diplomatic Intercourse with African nations